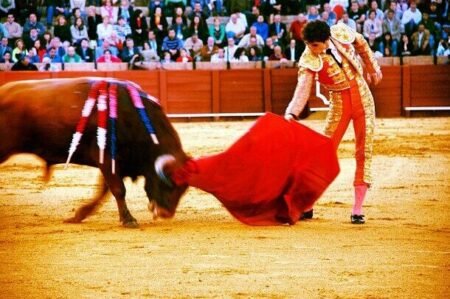 Traveling to Spain this summer?

Traveling to Spain this summer?

Spain is a wonderfully diverse country with its own special idiosyncrasies.
These are 5 things to watch out for

a) Language
Though its a not a big problem, as you travel further into the South, less and less people speak English. So while you will be ok in Barcelona, Ibiza and probably in Madrid, a phrasebook will probably be handy as you hit Seville and do the day trips from it.

b) Trains
The Trains leave on Time!In fact in the bigger cities the stations resemble aircraft terminals, with “gates”closing a few minutes before departure. Spain is not Italy and in our experience Spanish train network is more efficient than the German network

c) Beaches
Beware of package Tourists ( especially British) thronging the beaches you choose. This is especially true of the Southern beach resorts of Malaga et all. A teeny weeny bit of research will help you navigate this tourist trap

d) Late Nights
Spain especially Madrid is the latest city in the world. Period.Normal office going people hang around its innumerable bars, even on weekdays till way past midnight and to experience Spain, you have to be a willing participant

e) The Party Season
This is for people going to Ibiza. Summers in Europe start late and Ibiza is strictly a June to September phenomenon. Don\’t bother going outside these dates’,’Travelling to Spain? 5 Essential Travel Tips’, 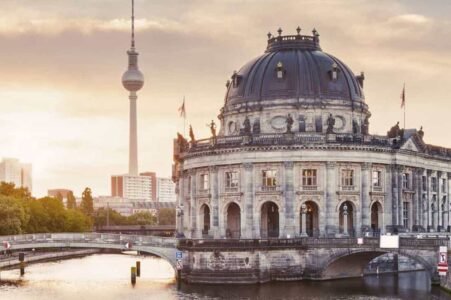 5 ways to save costs when travelling to Europe 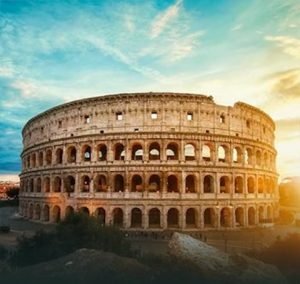 Travelling to Europe for 2 weeks? If yes, you will LOVE the below advice

a) Ditch the Eurorail

Myth 1.  Euro Rail pass is a “discount” coupon. It is not a ticket. You have to line up at the train station to buy the ticket. Many times the line for this is longer than the line for regular train tickets!

Myth 2. There is no ticket preference for pass holders. That means if the train is fully booked you can\’t board that train

Myth 3. The discount coupon makes sense only if you do a minimum number of trips over the travel dates

Myth 4. Euro rail pass gives you access to the fastest and most expensive trains. So far so good. However most often the fastest trains are only slightly faster than the regular trains, especially over shorter, well traveled routes within a countryFor instance in Italy, Milan to Venice a Regional train takes only 20 mins more and is 60% less expensiveUnless you are doing a lot of inter-country travelling in Europe, you will nearly always be better off buying train tickets a-la- carte.We saved INR 15,000 on our last Italy trip and INR 10,000 on our last Germany trip using this strategy.Saving: INR 10,000*2 = 20,000

b) Stay in Hostels.

I know your nose cringes automatically at the word, but don’t be scared. These are not your Indian Youth Hostels and their associated dorm rooms. The standard of European hostels are extremely high and in many places you can actually book a separate room, especially if there are 3 or more people travelling together. Ceterus paribus, even if you are a couple, for the same quality of accommodation (including booking separate rooms) , you can save Eur 30-50/ day.Cost saving: INR 20,000

Guided walks and tours are quite expensive, averaging about 40-50 Euros per tour. On a 14 day itinerary, tours itself can set you back INR 15,000 per person.An excellent alternative in many European cities are the free walks (Yes.. ..Free). The quality of most of them are excellent. The only catch is that it’s customary to tip the guide. Even with the tip, you will save a considerable sum of moneySaving : INR 10,000*2 = 20,000

A simple thing but much ignored tip is refilling your water bottle instead of buying mineral water throughout the day. In summer the saving per person per day will be Eur 7-8 Euros.For Food, an excellent low cost option is Turkish/ Middle Eastern Food. These days they are present in almost every European city. They are not only cheap; they make an extremely tasty and healthy meal.Cost saving: INR 10,000*2 = 20,000e) Airfare:With the advent of low cost carriers, it is often cheaper to take a flight than a train. You have to book well in advance, but this planning is often worth it. (We travelled on a INR 750 flight from Ibiza to Malaga). Train tickets offer limited if no early bird discounts. Admittedly you can’t do this for every trip, but it should be used intelligently when planning your itineraryCost Saving: INR 7,500*2 = 15,000

Say a big No to matrix, unless the purpose of your phone is to receive incoming office calls. It is very easy to buy Local sims and phones and the cost savings as compared to the best Roaming plans will be humongous.(On our last Spain trip, we spent a total of INR 1200, without any significant reduction in our mobile phone usag 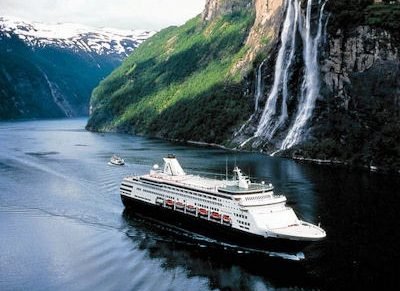 After the cities, we decided to go back to the sea to discover its true soul. We boarded the coastal streamer, the Hurtigruten, to embark on what Lonely Planet called the most beautiful cruise voyage in the world. (Not that I am the biggest fan of lonely planet, but more about that later).

Hurtigruten is a coastal steamer, which apart from servicing the coastal towns of Norway’s West Coast, doubles up as an acceptable cruise ship. You will find no casinos, discotheques or children’s play area here, but if the experience around you more than makes up for it. Given its passage through inlets and frequent ports of call, you are never really at sea, but rather in the midst of an open-air amphitheater where you see Scandinavia pass you by. From small towns, to farms to pretty lighthouses on rocks, you feel a certain oneness with the landscape. Combined with short stops in pretty fishing villages and coastal towns, your exposure to local life is exceptional. Hurtigruten also takes you into the Fjords, which Norway is famous for. Squeezing yourself past towering cliffs you make a dramatic turn inland. (pic). And yes, you get to part of it, lying lazily on a deck chair with your favorite book in hand. (A Bloomquist in my case).

The other spectaculars include the Lofoten islands and before you realize it you have crossed the Artic circle.

Your final destination, Tromso is actually a good 350 kilometers inside the circle.

The cruise also allows you to go on short side rips, which include Trips to Glaciers, Seal islands and interaction with local people. In winter it even gets better, with Husky Dog Sledging, Northern Lights excursions and snow mobile trips to the Russian Border.
Perhaps the best phase to describe the trip is that it’s a “live spa”. Cleansed, exfoliated, purified and yes amazed too, you re-appear a few days later. That’s Scandinavia for you.

The Scandinavia of your dreams is available in full customisable form from Tierra. Costs start at 1.2 lakhs per person. 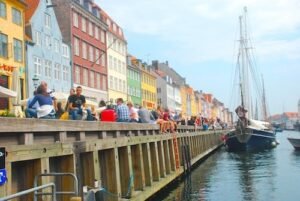